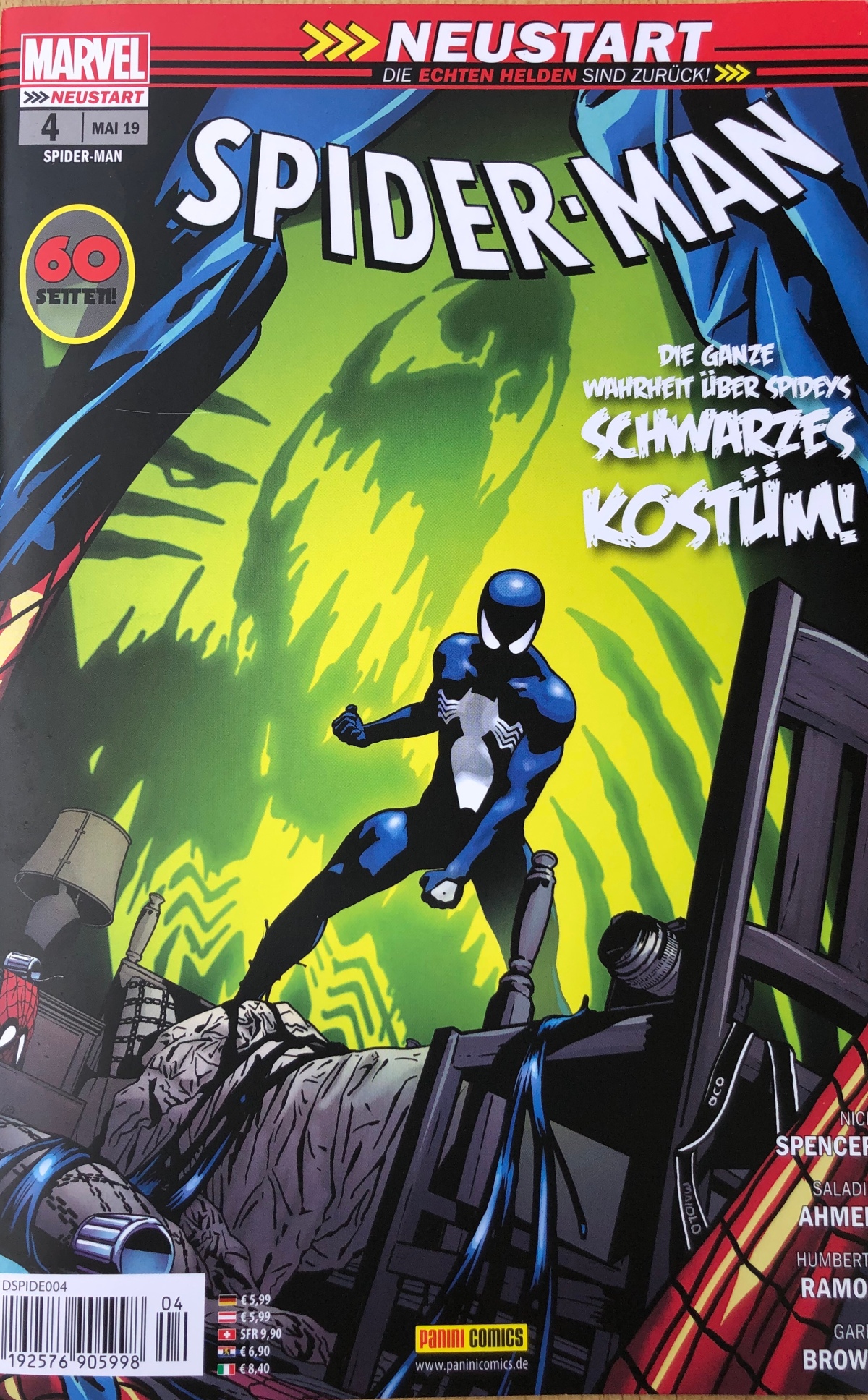 Unfortunately, no storyline about Kraven the Hunter but today’s The Amazing Spider-Man issue features the first Annual issue as well as the sixth regular issue!

What happened so far …

When Peter Parker loses not only his doctorate but also his good name because of his time as Superior Spider-Man, he falls into a depression, from which only his great love M.J. save. – The Amazing Spider-Man #1 –

During a very „normal“ school day with the lizard (Dr. Connors), the class of Black Ant and Taskmaster is attacked, who apparently want to steal an invention of the lizard. In an accident, Peter Parker is separated from Spider-Man, who saves the day, but from now on exists as a separate person. Once again there is chaos in the life of Peter Parker .. – The Amazing Spider-Man #2 & #3 –

To solve this problem and to save both himself and New York, Peter forges a perfidious plan, as he runs out of time, because the permanent separation of Peter and Spider-Man leads to the death of the two. As even a super villain attacks with a huge robot army, Peter threatens to run away from time … – The Amazing Spider-Man # 4 & # 5 –

The Annual Issue explores Spider-Man’s black costume after the events of the Secret Wars and the relationship between the multiple symbionts and Peter Parker. In this way, the interaction between costume and bearer is brought into focus, which in turn grants an interesting insight into the complex world of the symbionts and gives both Peter and his parasitic costume more profundity.

In The Amazing Spider-Man # 6, the relationship between Peter and his roommate Frank aka Boomerang will be deepened and the bridge to past issues as well as an upcoming (?) Conflict with Mayor Fisk aka Kingpin will be built.

Narrative likes issue number 4 by the change. On the one hand a really interesting short story about the symbionts, the black Spider-Man costume as well as their relationship to the Wandkrabbler is offered while on the other hand a subsidiary strand from issue #1 is taken up and spun on.

There are also a few nice guest appearances, including Black Ant and Taskmaster. Furthermore, a bridge to the Secret Empire is struck, highlighting the complexity of the Marvel Universe, but not bringing with it the feeling of being overcharged. Visually, the band likes the variety of the two stylistic orientations. The Annual issue is gloriously bleak and surprisingly brutal, which is logical though by the thematization of the black costume.

In issue 6, the tone brightens again and the relaxed atmosphere of the previous editions returns, creating a harmonious contrast.

All in all, the fourth issue of The Amazing Spider-Man series pleases both on the visual and on the narrative level. My highlight was clearly the Annual Edition, but even the regular edition had its strong moments like a „pub quiz“ about Spider-Man in a bar full of villains.

As well as the books, the number 4 can only recommend and forgive a clear worth reading, because author Nick Spencer really knows what to do with the friendly spider from the neighborhood! That’s it from my side.